“Small dog syndrome” refers to tiny dogs with a big attitude. In humans, a comparable phenomenon is called the “Napoleon complex.” That’s a phrase used to describe an inferiority complex held by people who are short in stature. Napoleon stood about 5 feet 6 inches, but what would today be considered a short stature obviously did not stand in the way of his military and political achievements. People with this complex are said to be driven by a perceived handicap to overcompensate in other aspects of their lives.

Small dogs, in turn, “get a bad rap for being yippy, yappy, snappy and high-strung,” say Wendy Nan Rees and Kristen Hampshire, authors of the Dog Lover’s Daily Companion. Rees and Hampshire, however, add that these little dogs don’t seem to care much about size. They think they’re big, so they act like it. The writers astutely ask: Have you ever seen a Bernese mountain dog back off from a feisty Chihuahua? The Chihuahua will probably be the one that doesn’t back down. (Owners, however, should be present to take control of such situations and prevent them in the first place.)

Rees and Hampshire propose a very interesting theory about small dog syndrome. They believe it is rooted in people’s willingness to overlook bad behavior. They explain that because small dogs can usually just be scooped up in our arms, we tend to slack on obedience training. With larger dogs, such training is often not ignorable.

The solution to curing a small dog of this syndrome is to just stick to a training plan. Be sure to teach your little dog foundation commands. That way, the next time your dog goes into a yapping fit or decides to dig on your furniture, you can rein in the behavior before it becomes habitual. One Hundred Dogs and Counting: One Woman, Ten Thousand Miles, and A Journey into the Heart of Shelters and Rescues 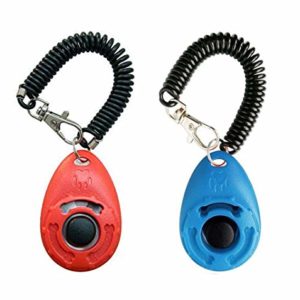 The Complete Idiot’s Guide to Dog Health and Nutrition